The goal is to create a C++ implementation of an application host and and a hosted application conforming to the DICOM Part 19 specifications.

Usable code is available in the master branch of the CTK repository. Current development happens in the dah branch.

Basic message passing between the CTK Host and the application works (state changes, screen area exchange). Basic interoperability with the XIP implementations also works (in both directions: XIP host -> ctk app, as well as ctk host -> XIP simple app), but there is no exchange of image data yet. (Note: the current version of the XIP host (v0.3.0) works only on Windows without problems).

Data exchange is being worked on at the moment. First we will exchange data files, not models. To bring you up to date with the current progress and shortcomings of the data exchange part of the implementation, see Documentation/DicomApplicationHosting:DataExchangeDevelopment

Two applications can be turned on in the CMake configuration: ctkExampleHost and ctkExampleHostedApp . Make sure you also turn on all CMake variables starting with CTK_PLUGIN_org.commontk.dah . 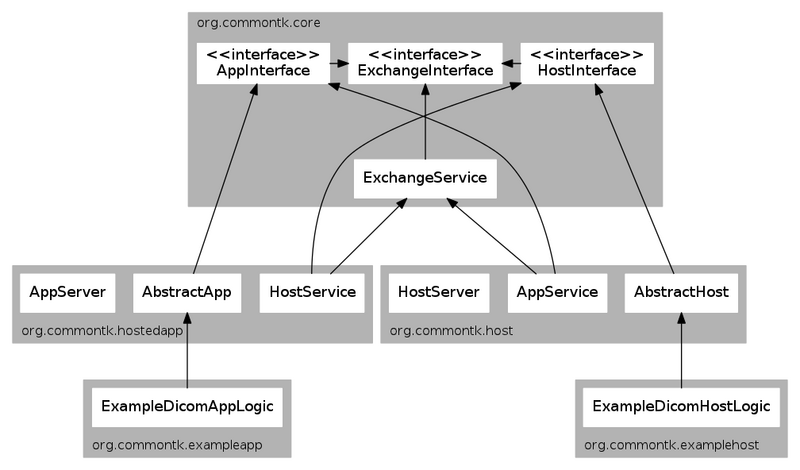 Some initial work has been done during the Sophia-Antipolis Hackfest regarding conformance and functional tests. See DICOM_Application_Hosting_Testing.